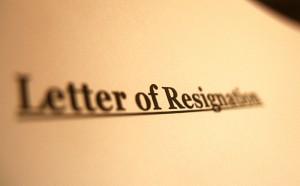 It is becoming a struggle keeping this under wraps. By me that is. I am finding it increasingly stressful to stay quiet and remain chirpy, pretending all is well. I am feeling very stressed. I am trying to rush the temp visa but am stuck on pause waiting for NZQA. I have a deadline for work resignation of 28 Feb and I know that I will not have an answer that is concrete by then, making it effectively a total leap into the dark. I have toyed with how to tell work for weeks. I haven’t told anyone only family so far. This morning I was told I looked fed up. No, its stress that is what it is. What will the head say? Will he be flexible? Will he make me stick to the notice periods and resign me mid april, even though I might not be ready to go by then?

I took a huge deep breath and went to talk to him this morning. He was not expecting it at all. He looked really shocked and had to sit down. Depsite writing the reference for me in November, like me at the time, he thought nothign of it.

I reassured him that I had not lied back then, I was not expecting this at all, certainly not as fast as this. I explained that my employer wants me way earlier than I thought, and that I have been advised that I am lucky to get such a job so easily and so fast.

Actually he was really understanding, which really amazed me. He mentioned how I had talked about it and how I was very brave for doing it, wished me luck, etc. He said how I had a special skill set that not many people had and at least I wasn’t taking it to a neighbouring school! I tried to see the positive side, from his behalf, and said he would save money by not employing me or anyone else for a while, would be able to reductive the job from a new Academy point of view and he said ‘yes I suppose so, but I would rather have you’.

Isn’t it typical that you aren’t appreciated till you actually leave!

But with regards to the job, he couldn’t have been more helpful. He called HR and said they would be prepared to employ me as supply if I resign for Easter, then I could keep working there till I leave with no notice period to word about. He even said if it all fell through, they could even give me my job back, because he was sure that a resignation could also be retracted.

You know what, I couldn’t be more lucky. He could have said. Had to leave at Easter, then I might have been facing a period of unemployment while I waited for paperwork etc.

Perfect solution and one less thing to worry about.

This site uses Akismet to reduce spam. Learn how your comment data is processed.