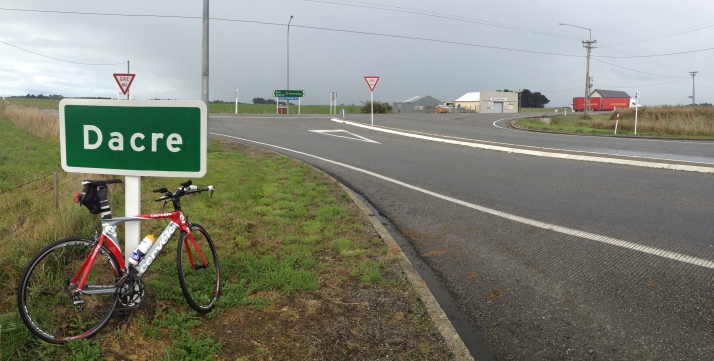 I have done well, after that first awful crash and burn of week one. I have been busy busy busy with sorting, searching, working or training. Today was the first day I was left sat at home alone. I was dreading it.

I had a 2.5 hour brick down for today, and to be honest I was not feeling the love, the forecast was rain showers all day. Here, that means howling winds and biblical rains, interspersed with sunshine and warmth. What on earth do you wear for a long session in weather like that!? I decided waterproofing the phone was the key, and if I got caught out in one of those biblical rains, a light jacket simply would not do! So, full wets it was!

Having only the mobile web, I cannot judge distances of routes, so all I had to go from was a visual comparison with my ride to Bluff a few days ago. With a few turn back and cut through options on the cards, off I went. I cycled North to the junction with Interstate 98 and turned east. Hugely wide roads and regular ‘share the road’ signs coupled with very little traffic meant that I felt safer than I have for a long time. Rolling countryside, gently rolling roads and very little rain (luckily) made for a pleasant ride. I reached all three turn back options in good time, so decided to cycle on to a place called Dacre. One would assume that because it has a name, it must be a place? Nope!! It was an intersection and one building! A right turn back onto the highway to Invercargill and BAM! Into a strong headwind, that would be with me all the way back, almost an hour. I began to notice something odd. Many of the truck drivers in the UK are to be avoided if on a bike, many are foreign, and I have actually been hit by one (clipped and knocked off) so I was very surprised when the truckers here give cyclists a thumbs up. Not once, but almost every time, once I had started noticing it and looking out for it. All the traffic gave me a huge wide berth, and I felt great (except for the wind!) It is quite different when you are in a car though!! Many times I have been reversing out of roads, drives, spaces in car parks and the cars passing behind simply do not give two hoots, and carry on regardless hoping you will notice them and stop!

I arrived back in two hours and one minute, not a bad judgement, but the headwind had eaten into my average speed somewhat!

I couldn’t do the run straight off, because the place I am staying has no garage or hallway, and I only have a room, so I needed to clean the bike before carrying it indoors, then setting off. I don’t think it would have mattered because my legs were shot!! I decided to run round some of Queens Park, the biggest park in the city and one I haven’t had chance to look at yet. I was amazed how many things were crammed into it, to make it a good varied park for everyone to enjoy, including tea shop (which I was very tempted by!) Llamas and pine forests, a band stand and much more. It was VERY much a recovery run, because I was distracted at every turn by things to take a photo of!! 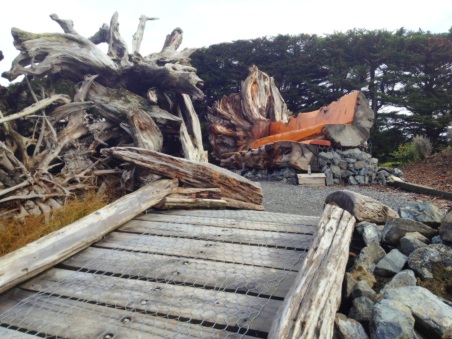 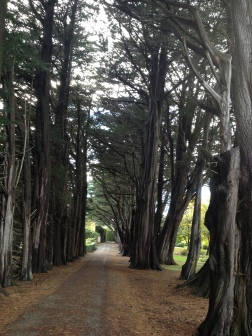 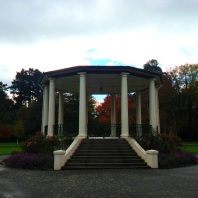 The rest of my day

Since its Anzac day here today, there wasn’t much else to do so I sat with a coffee and the mountain of paperwork that the relocation department had given me to read about the area, and digested the massive amount of sport and outdoors stuff there is to do here!! So much to look at and do!