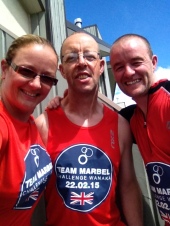 This week was all about Challenge Wanaka: a plan in the making for a very long time. We set off to Wanaka on Friday, with a swish apartment booked for the long weekend: relaxing in style was Ben’s idea. Thanks Ben! Well, we do have 3.8km-180km-42km to cover on Sunday!

Our trip took us through Lumsden, Five Rivers, up the devils staircase and up over the crown range road, stunning switch backs and awesome scenery every which way you look: a must drive for any visitor to Southern South Island!

packed and ready to go 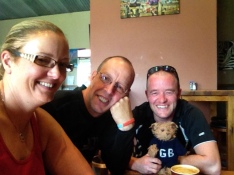 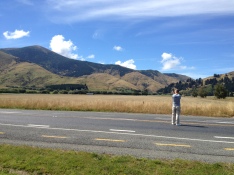 he’ll do anything for a photo!

We had to pretty much register right away on arrival to get our wrist bands – needed for the pasta party that evening. The site was still being constructed but already looking awesome. 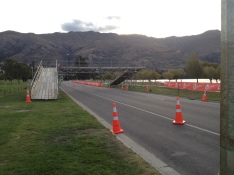 Excellent food and some great entertainment made for a great evening on Friday, before heading off to check out our new weekend abode. We discovered it is actually at the top of the big hill Mark has to run up (twice) on his marathon – he wasn’t too impressed that in effect he would have to run past his bed twice!

Saturday was all about bike recce, bike checks and racking. then soaking up the rays, on a beautiful Wanaka weekend. 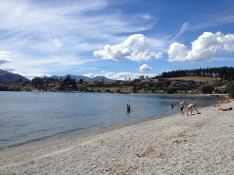 on the bike course

on the run course

on the run course

on the bike course

We were up bright and early on the Sunday, for a 6:45am arrival, so we could watch the elite swim start before I was due to set off. I felt incredibly lucky as my wave was only 38 people, all the individual full distance athletes were set off together in one huge wave.

My swim went well, I exited the water and after some stumbling to help engage my legs, I managed to find a wee jog to transition to exchange transponders with Ben, sending him out in 13th place with a bonus 55 mins extra, having finished the swim in 1:18. My forecast finish was betweeen 1:16 and 1:28 so I was feeling incredibly happy. 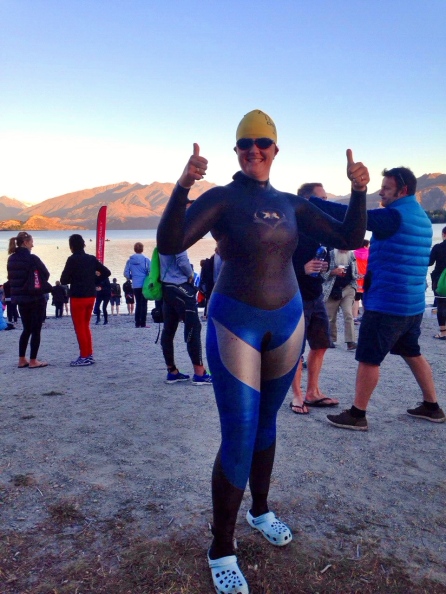 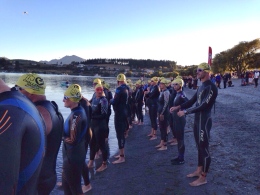 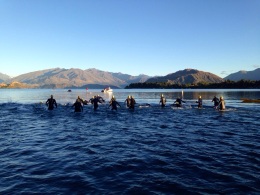 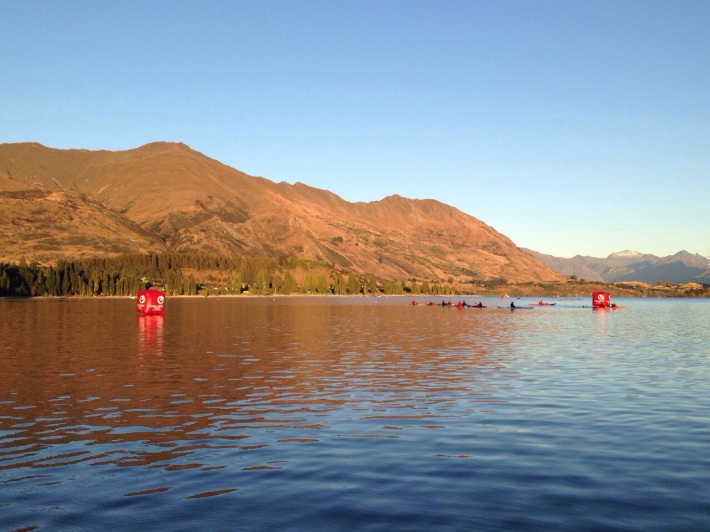 We monitored Ben from a dodgy and very delayed live timing site, and were initially concerned at his fast splits, as he passed us 40km into the bike leg. He was still looking ok, so we didn’t worry too much.

He whistled past us 100km in, high 5’d me and still looked ok, although a little slowed now than we had expected.

Then I got the call.

Ben had stopped at Hawea Flat, 130km into the bike leg and couldn’t continue. She couldn’t tell me any more. We were instantly concerned, as stopping was not what Ben would do. She said she would give Mark a new transponder and he could still complete his run, if he wanted to. Without hesitation he said yes, and we went to sort it out and send him on his way.

The problem was, we were also heading into the hottest part of the day.

Ben was eventually brought back to race control, and thankfully was fine, following some huge stomach problems, so I force fed him sandwiches and water till I was happy that he was looking a little better.

We had no way of monitoring Mark though, as his transponder was only for safety and was not recording his splits. I only had his own projected time to go off. So Ben and I waited at the run turn around (21km) at roughly the time Mark expected to arrive. He was only 10 minutes late, but the heat was visibly taking its toll, however he took his special needs bag, and got back to his running – off onto his second (even hotter) lap.

The second lap was always going to be even tougher, as 6pm is the hottest time of day and he had Gunn road to negotiate (again). Luckily for all the athletes, the Wanaka community were right behind them, and people lined the route, right into the back quarters, with sprinklers on, shouting words of encouragement. We headed up the road to the end of the high street, deciding that Mark would need our support more than ever as he came round for his finish straight jog. 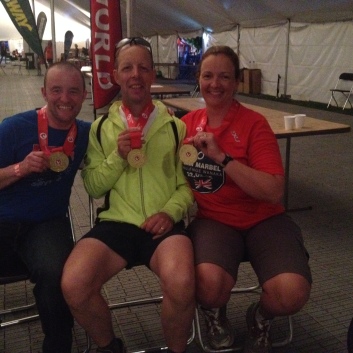 Only 4 hours 30ish minutes after starting, we saw him coming down the road towards us. We stood up, shirts proudly on, waving encouragement. I was so proud of him! We all ran from there right down the high street to the finish shute, finishing hand in hand, arms held high.

Still full of dramas, just like our journey to the start line of this race (both Mark and Ben tore a calf muscle in the weeks before the race!) team MARBEL crossed that line together, and proud of all that we have achieved, battled through and overcame. Then after the race finished, Mark struggled, his body shut down and he also ended up in the medical tent! They joked that I should find myself some new team mates next year! No Way!! these guys left their hearts out there on the course, that is way more than anyone can reasonably ask.

We stayed for the awards brunch and speeches before a scenic amble through Otago, back homewards on Monday. A rest is now well earned, I think. 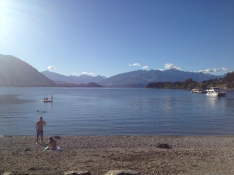 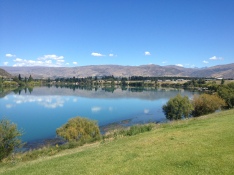 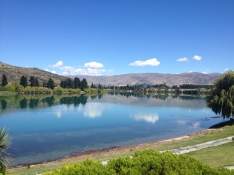