We set off on our road trip on the 28th December, heading to our favourite campsite, Lake Wanaka Outlet. We got there, of course, via the beautiful five rivers cafe and the Devils staircase, which was looking particularly stunning in the hot summer sunshine.

We headed over the crown range to get to Wanaka, stopping for the view and again in Cardrona Bar and hotel for a compulsory beer! We also passed the Rhythm and alps campsite just setting up for the huge new years bash. 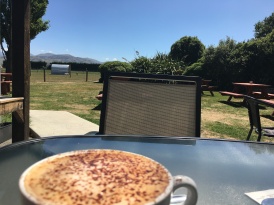 coffee with a view 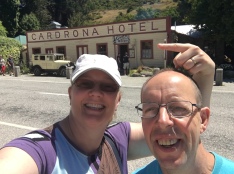 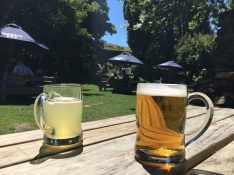 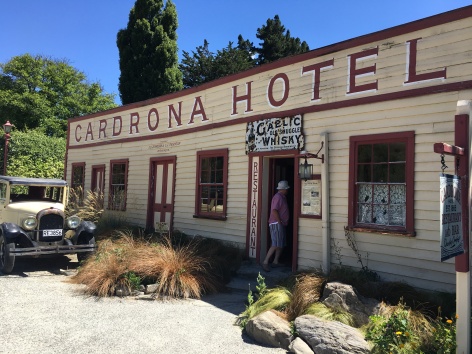 The Lake outlet campsite is as it sounds, right on the lakeside, which makes it very popular in the summer. It has a boat ramp and running / biking tracks in both directions right from your doorstep. Mark went for an early morning run, before we headed to lake Wanaka for some water sports! 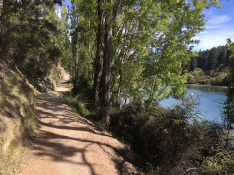 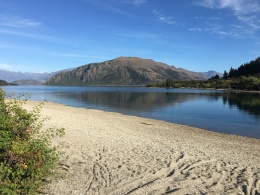 In Wanaka we hired a double sea Kayak and headed up the lake to Ruby Island. I have swum round it a number of times, driven past it multiple times but never set foot on it. It is a strangely popular summer holiday spot where boat owners tend to head with barbecues and beers. Most mysterious! It has nothing much on it, apart from an ‘apparently’ medieval dance floor. 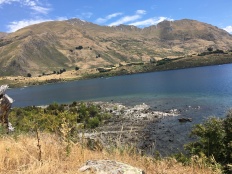 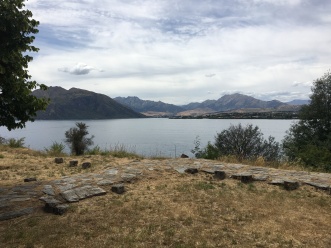 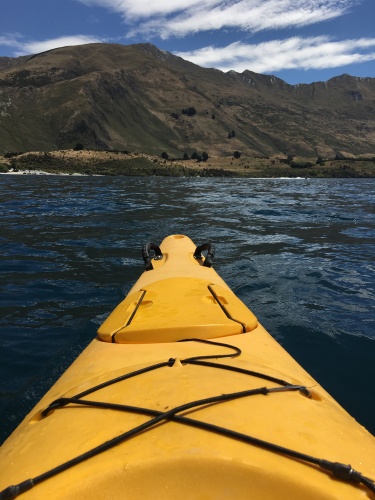 Next stop after Wanaka was Timaru. Its a long trip cross country, via the Lindis Pass, which is remarkably unspectacular in the summer! I’m sure the winter snow presents a different picture!

After the Lindis pass, we take a right at Omarama, which, on the surface seems like a tiny bit of nothing in particular in the middle of nowhere, however apart from its hot pools (which we still haven’t visited!) it has the most incredible time capsule style antiques shop!! I felt like I was walking through a time warp, had I kept half the tat in my house over the years I could open a shop just like this and make a fortune! 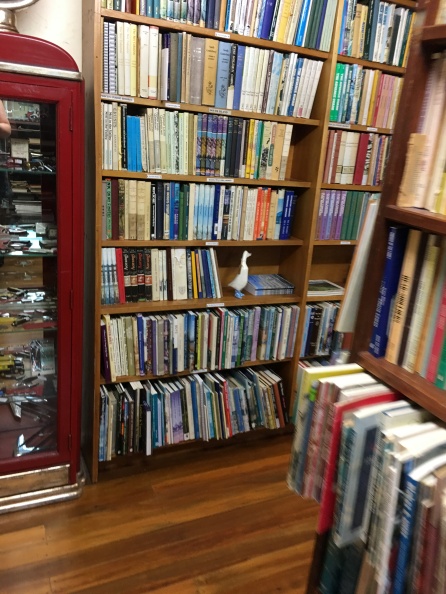 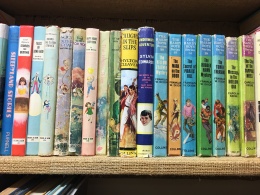 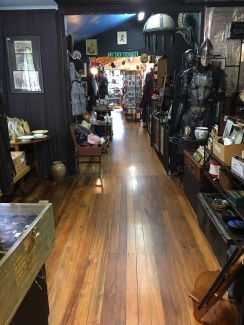 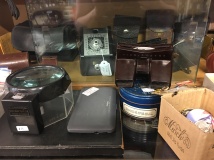 New Zealand is built on hydro electric power, and this is the first ever one that didn’t divert the rivers course!

Onwards to Timaru, where I simply LOOOOOVE their open water 50m swimming pool – who cares about anything else! HAHAHA

They have a carnival on each New Years, with a huge firewords display to finish it off. HOT day, we walked to the pool and back, chilled then headed to the carnival for the New Years celebrations. 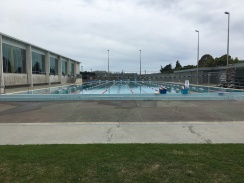 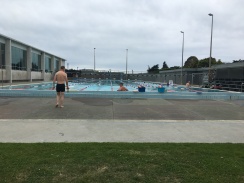 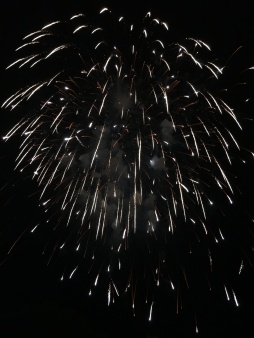 We did watch the teeny tiny penguins come in at dusk too but we couldn’t use flash so my photos are a bit rubbish, but they are only around 40cm tall! (and very shy!)

New Years day was spent in St Clair, and what else do you do on new years day, but go for a dip in the sea! (Believe me, this is the ALTANTIC, it was freezing despite the sunshine illusion!)

stick men, all round the camp site

Here is a wee video montage of our trip, so you can see it in motion too 🙂