It’s been a good wee while since my last update, apologies, so this might be longer than usual, there’s a lot to catch up on! Local events, Christmas, and a wee tiny ticky tour!

Here are our photos of the art work, all pretty impressive. (as was the fact that I could walk around this – just a month post RTKR! (yes, I was still on crutches!) 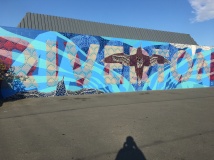 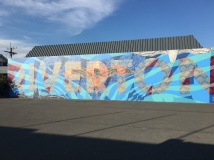 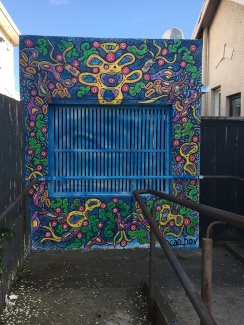 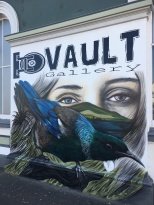 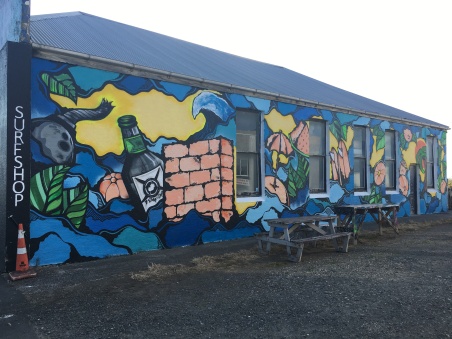 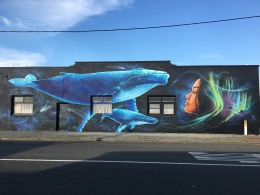 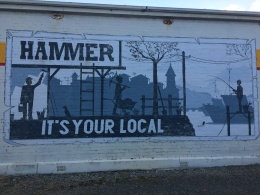 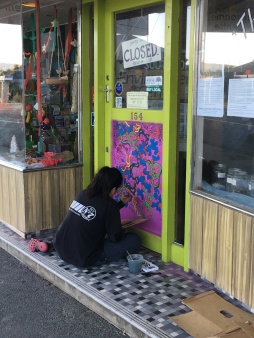 December saw some more knee milestones, oh and speaking of which, I have decided to separate the knee story and put it on a new blog / website. Feel free to hop over and have a look, I am still doing the Vlog updates over there on how the knee replacement rehab is going.

Anyhow, in short, December saw me get my licence to drive back again (woohoo!!) and also allowed to swim again (double woohoo!). I also returned to work for a few hours a week just on an admin basis on the last few weeks before Christmas. Learned a valuable lesson very quickly here when, after a few hours of seated admin work with feet on floor, leg swelled up to twice the size. OOOPS!! Leg elevation solution needed! Well, you have to start somewhere!

I am thankful that I was also able to get out and walk some tracks, albeit slowly, and with poles! Then of course, there is the kiwi ham christmas dinner! Mark is now an expert at it! 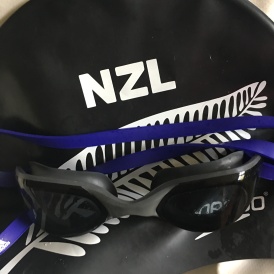 back to work part time 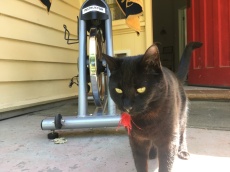 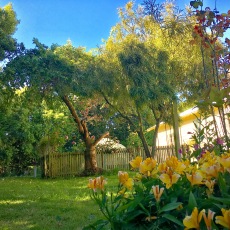 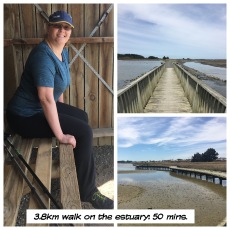 Now, if you missed it, Mark and I did a wee race around / over a local extinct volcano as well before Christmas. This was one of the first times I had been out off road walking. Here’s how we went!

We decided to leave the mini break as long as possible, because I had not travelled that much in a car and sitting bent legged was causing some pain (and swelling). So we planned a mini break that invoved some location hopping because I was not able to sit in a car for more than a couple of hours at a time.

So, first stop Dunedin, Second stop Timaru, Third stop Wanaka, and final stop Te Anau. The other challenge was our usual passtime, tramping, was also severely restricted by my inability to walk distance and specially on uneven surfaces. Still, we managed! I had my compulsory swim in Timaru’s amazing aquatics centre, We found a wee domain with a lake to walk around in Te Anau that we had not seen before and did some op shopping in Wanaka. Slightly more sedentary than our usual holidays, but New Zealand’s awesome scenery more than makes up for that! 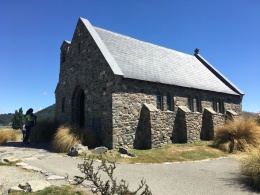 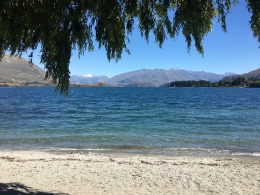 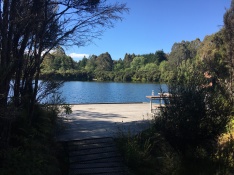